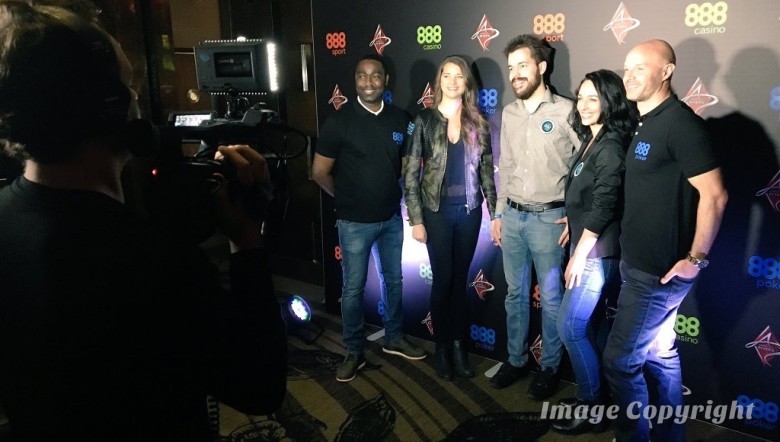 As 888Live Costa Brava is juuuuuust around the corner (bring on the sea, sun and poker), I’m reminded of how intense my first tournament as an 888 Ambassador at Aspers Casino in London was.

The first day on a new job has all of this potential for disaster. New crew, new colleagues, new bosses, new location… It can be like moving to a different high school halfway through your last term and wondering whether the other kids will let you sit with them, or if they’ll trip you in the hallway on the way to lunch instead.

One of the nice things about poker is that after a few years, you get to know most of the people in the industry, so nothing is ever *entirely* new. 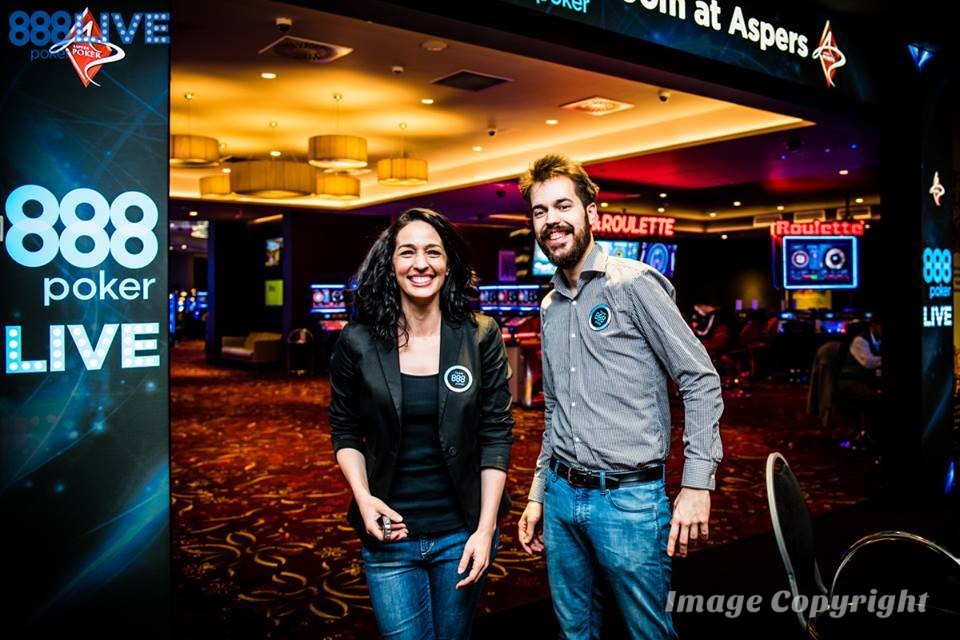 The London Live Local event at Aspers Casino was my first day as a real, live 888poker Ambassador and it was both entirely hectic and properly good fun. I even managed to win some money so hey, double bonus! Two of my new teammates were in London for the tournament as well – Dominik Nitsche and Sofia Lövgren – and this was our first chance to catch up since the news broke, have a drink and a chat. 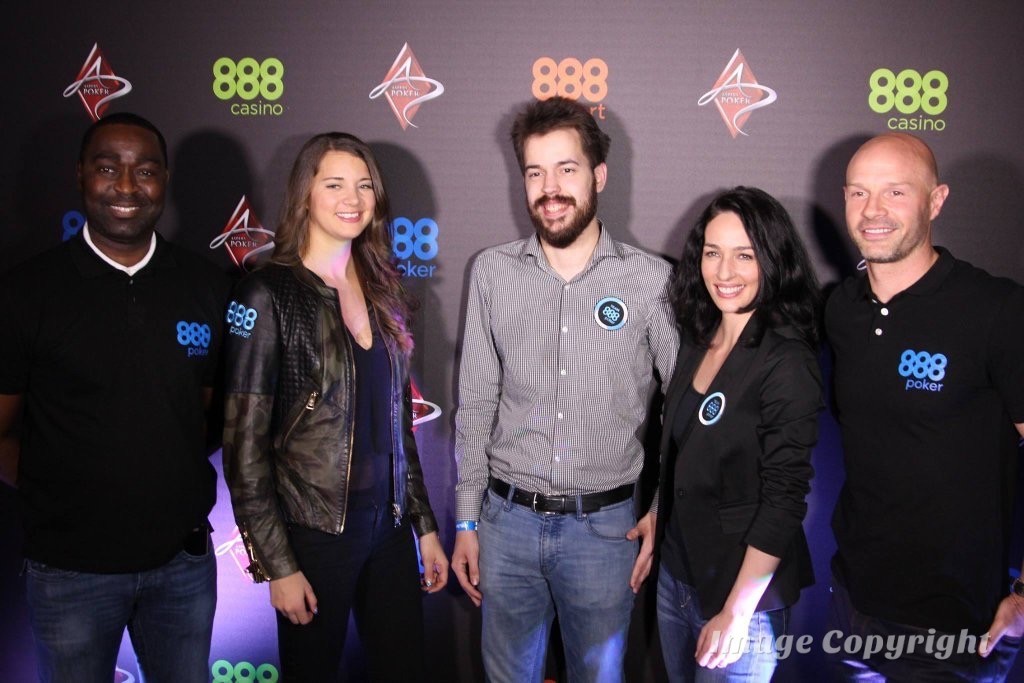 The first day there was packed. Really packed. I flew into London early in the morning and somehow managed to lose my passport on the airplane. Heyyyyyy, super fun times! We hadn’t left much wiggle room in the schedule, so I had been preparing myself to run through customs, jump into a taxi to the hotel, shower and get ready and be at the Casino in less than 90 min. Not easy when the airport is at least an hour from the hotel.

So obviously, I lost my passport. Thankfully I had my Slovenian National ID on me, which I’ve been told (mostly by American bartenders) looks as though I made it myself with a laminator. While standing in line at passport control, I tried to think of the best way to throw myself on their mercy but by some miracle, (and thank goodness for being an EU citizen) UK customs were like, “cool, whatever. Come on in.” And that was that.

The procedure for finding lost property at the airport does not inspire confidence. I did what I could, including reaching out to the airport itself on Twitter. At times like these, that little blue verified tick comes in handy. The folks at Stansted were great and my documents were eventually found and returned to me, but the whole weekend I was trying to figure out exactly how I’d explain this to my Giovanni.

I lost my passport on my flight to London yesterday, like a dope.

I was convinced this was it. I now lived in London. Sorry husband.

That would go over real well.

Despite being panicked at the idea of showing up late to my first real day on the job, I managed to get to the hotel with minutes to spare. Luck was on my side and with that, the ball was rolling.

Dominik and I immediately went into filming a really cool video with a new technology that I’m hopeful will come out soon, mostly because I want to see what it looks like myself! After an intense couple of weeks in Los Angeles with the GPL Draft and the American Poker Awards, I didn’t have the best faith that my memory would hold the entire script. So okay, yes, I did end up writing it on my hand. Pro tip – if you want to get into TV broadcasting, have big hands. You can fit more on that way. 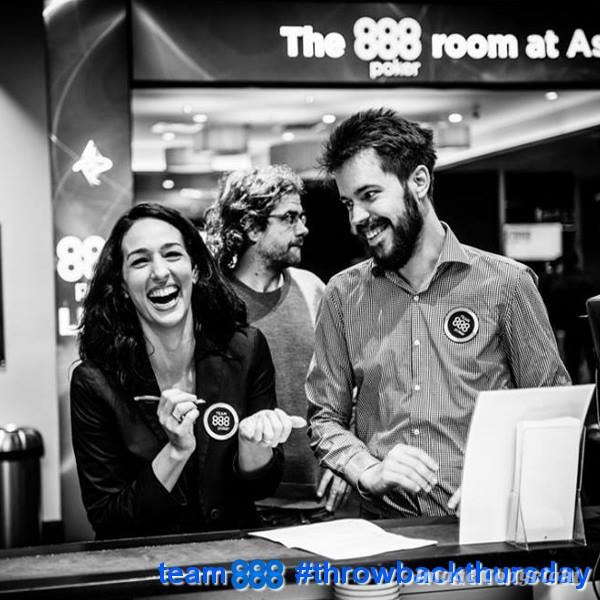 Dominik was a total pro but also, really properly funny. They had us do a video together where 888 turned the tables and had him interviewing me. I think I laughed more than I actually talked.

I was also able to interview former footballers Andy Cole and Danny Mills who attended the Media event for our opening session of 888Live. They showed me some pretty top notch poker faces.

And then we rolled straight into the media tournament, which had some great prizes. The prize for the top finishing Journalist or Celebrity (Mark Bonington, as it ended up) was a full package to come and play with us in Costa Brava in May. Sofia, Dominik and I also all had Go Pro camera’s on us as bounties. 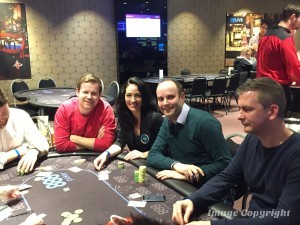 Guess who won ALL of the bounties? No, I’m serious. All of them. 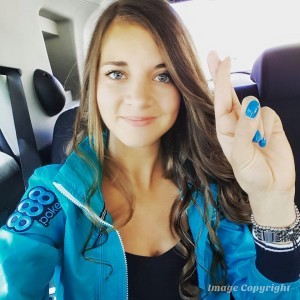 Sofia Lövgren​ crushed everyone’s soul, as usual. I remember playing at the same table as Sofia once, many years ago back in Malta and I’m not exaggerating when I say that I don’t think I won a single hand against her. Her presence at the table is wildly intimidating for such a lovely person and her poker skills are top. Can you tell I adore her?

Once all of that was finished, I had a photo session for my new position as a member of Team888 with Fabian Grubler. I’m pretty sure these are my favourite PR photos ever. I love his style. 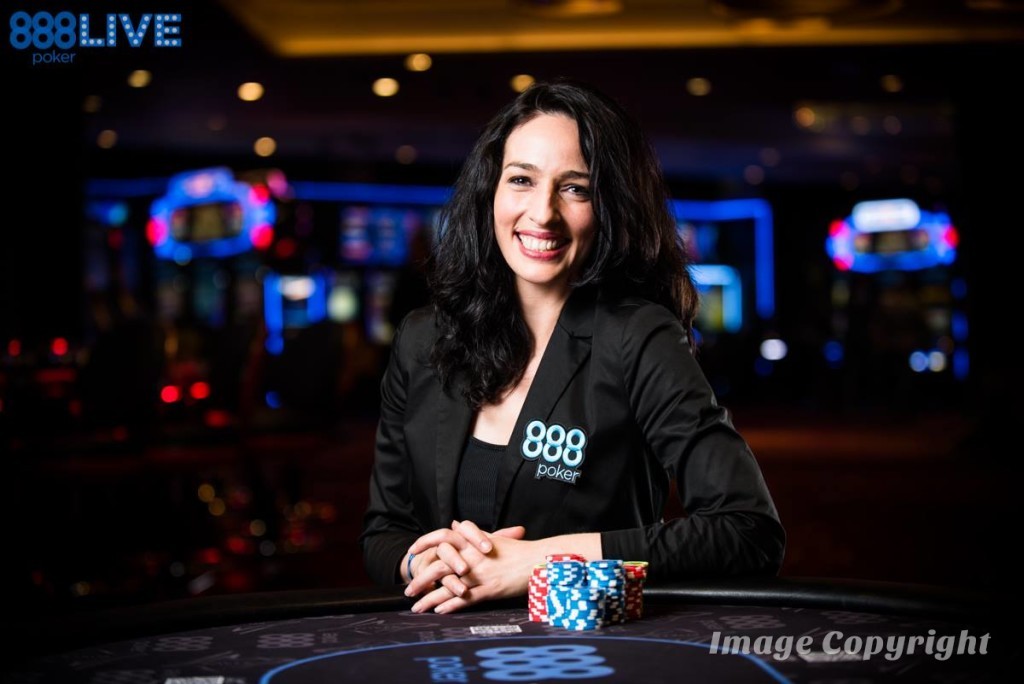 And after all of that was done, it was time for bed. After an Old Fashioned, of course. After all, I still had a poker tournament to play. Anybody who knows me, knows that Aspers is one of my favourite spots to play poker – the staff there are always super cool & the poker room looks all blue and futuristic, decked out in 888 colours.

I don’t want to bore you with the details but it went rather well for me. I managed to make the Final Table, finishing 3rd in my first ever live event with the 888Poker patch on. A very auspicious start! 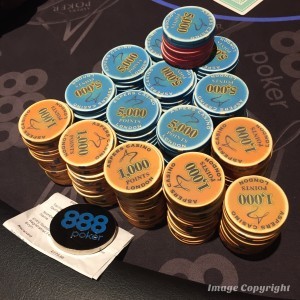 My next stop with 888Poker will be in Costa Brava, where I intend to have a full on vacation before the poker starts. Satellites are running online so take a look and I’ll see some of you there!