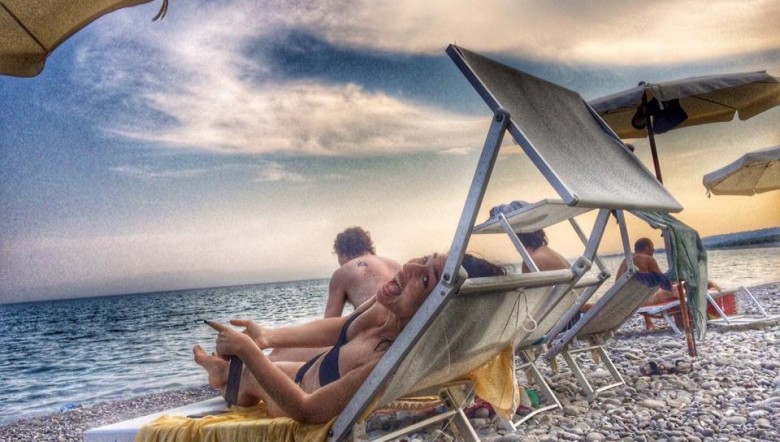 So, I might have mentioned this once or twice recently, but I just turned 40 and it was fabulous.

The ‘new decade’ birthdays always feel like a big deal to me. Age is a strangely arbitrary concept but in the same way that the end of a century is a time of reflection for people in general, the big birthdays are a great reminder to take stock of things and quite frankly, to party on down in celebration of whatever the hell we feel like at the time.

Life can be hard. Celebrations are necessary. Copious amounts of prosecco are optional but heavily encouraged. 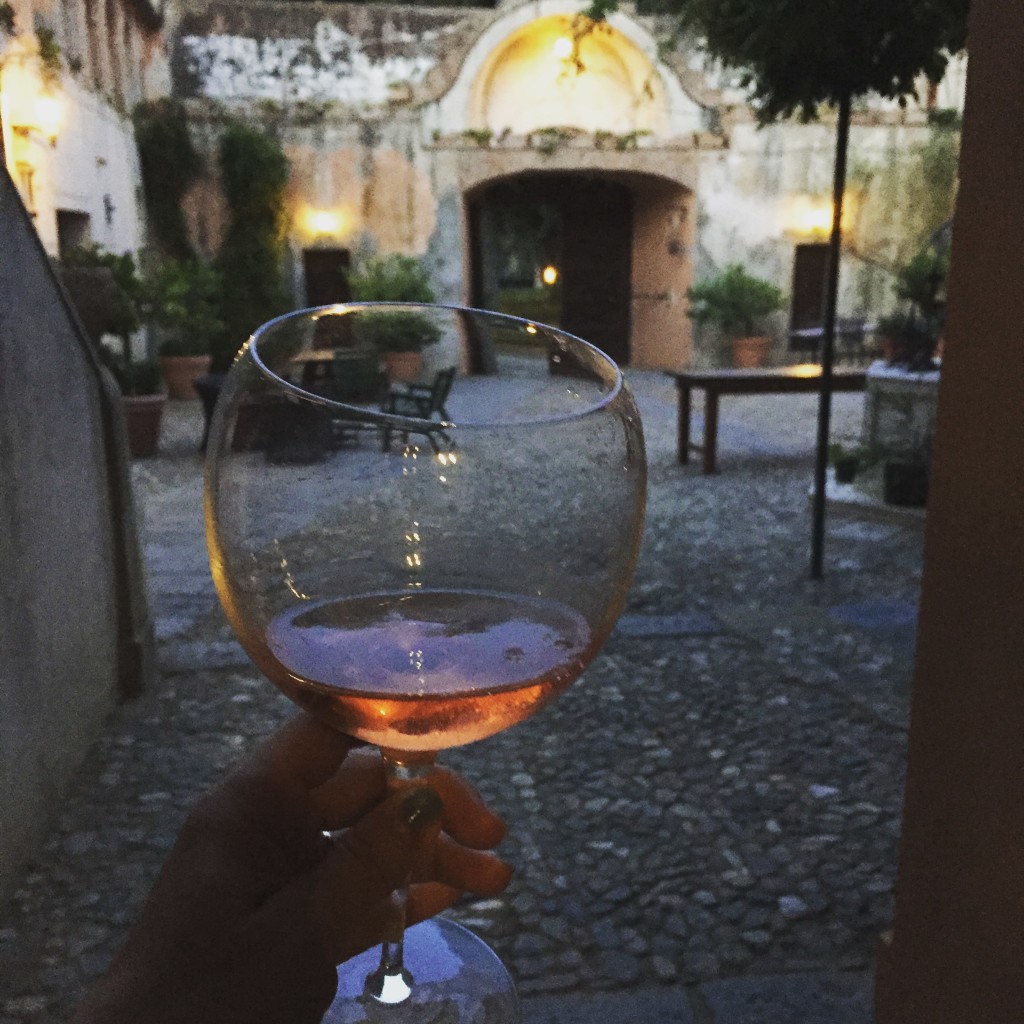 After recently discovering I’m allergic to red wine, I’ve become quite partial to anything pink and fizzy.

I spent my 40th in the south of Italy at my in-laws’ breathtaking farm with family and friends. We stuffed our bellies like ancient Romans before running out to the beach at sundown to try to swim to that distant point where the water blurs into the horizon at dusk. 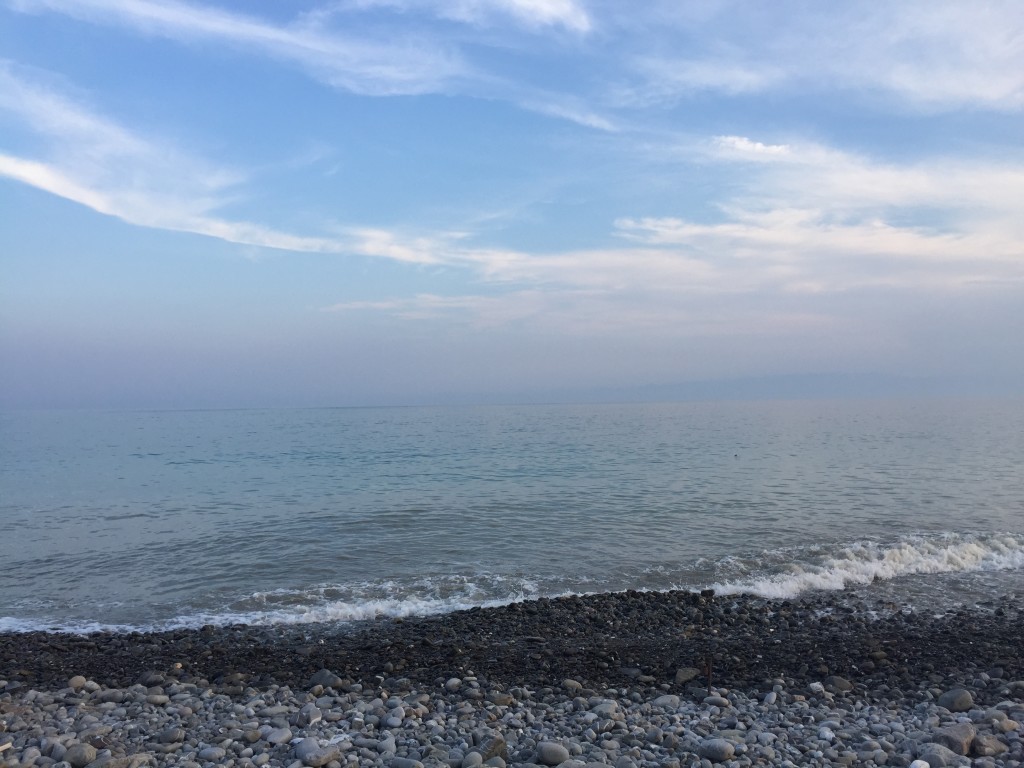 The beach at the Torre di Albidona agriturismo.

Some friends came from London to spend the birthday with us and we drank so much wine that I’m pretty sure my father-in-law was either deeply impressed or truly frightened for our livers. 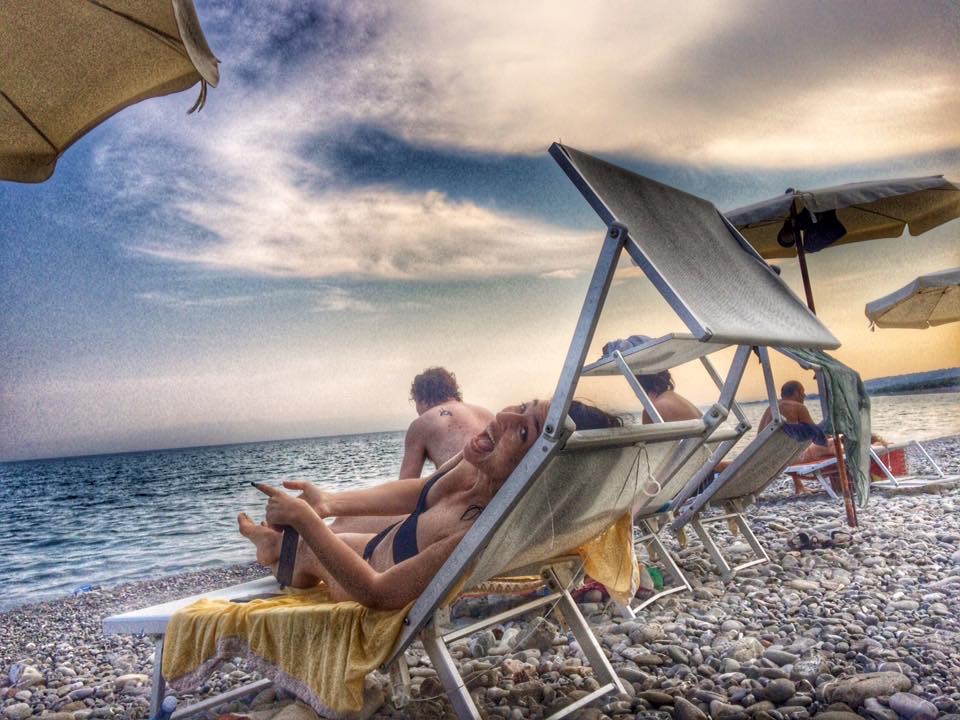 I find that growing older has only deepened my sense of dignity and composure.

It was decadent and relaxing, and the perfect way to start the next decade. I spent most of the week just being grateful for all of the love in my life.

No wisecracking here. I am really fortunate to have the community and the life that I do. 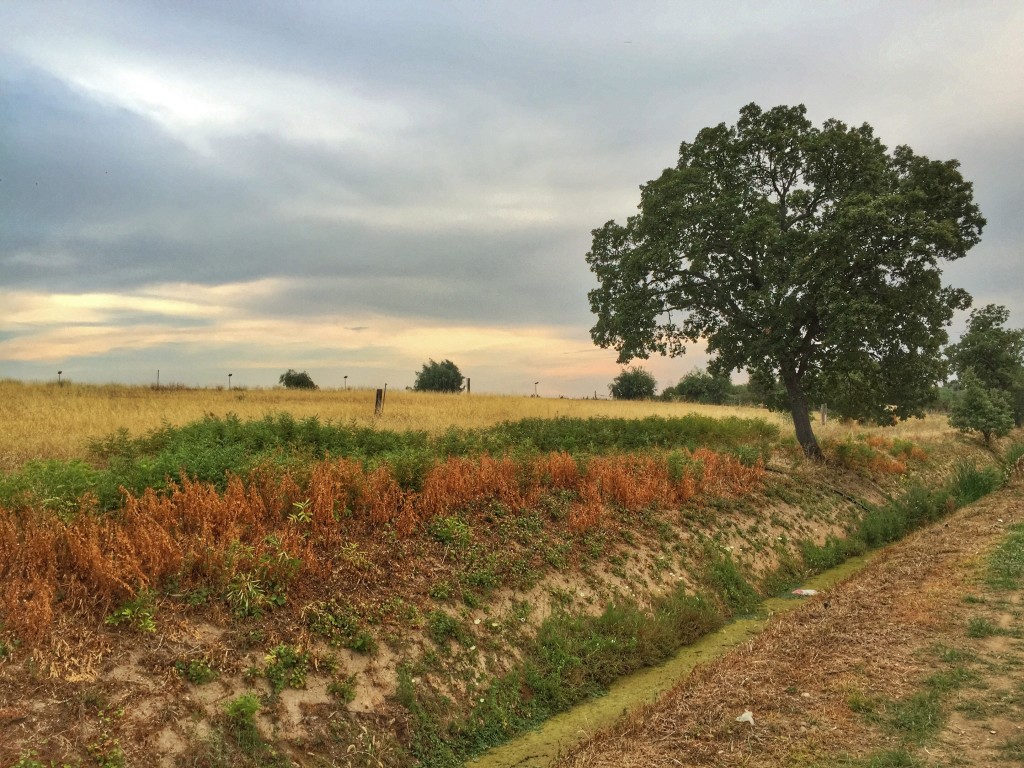 Gratuitously beautiful scenery on the farm. The colours are so fun to photograph there.

If I think back to 10 years ago to when I turned 30, my life then would be nearly unrecognisable to any newcomers.

After a lot of soul searching and 5 hard years, I’d finally given up on a full time teaching career in London and was doing whatever it took to make a brand new career out of scraps. I was painfully broke, working for free (or as good as) on TV jobs while picking up as much temping and supply teaching work as I could to pay my (red-lined, third notice) bills.

I was recovering from a very bad illness which had hit me hard and fast, and was desperately trying to dig myself out of one hell of a hole of debt. I was grateful it was summer since both the hot water and the heat had given up in my studio flat, and the rain was coming in through a hole in the window 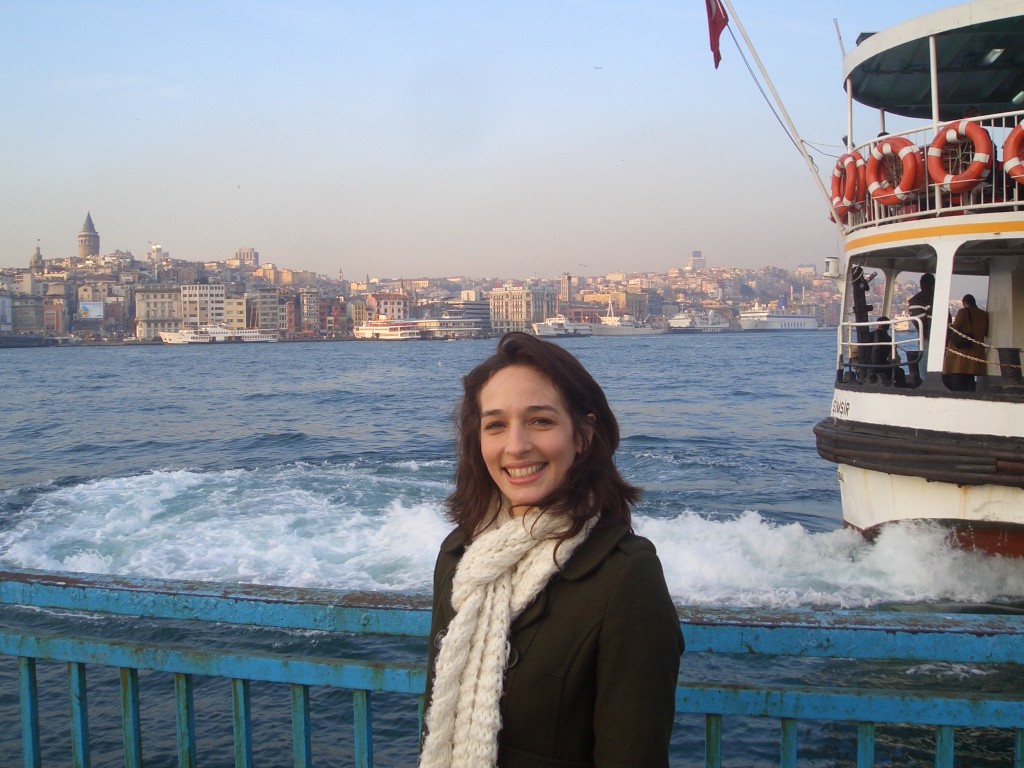 I’m not sure where this was taken but I recognise the ‘I’m smiling but oh dear god I want to be in my bed resting right now” look.

I was living in a foreign country all by myself, in way over my head and trying not to let myself feel terrified most of the time.

And I was turning 30. That age by which I’d assumed I’d have it all figured out and finally be a real, responsible adult.

And yet, somehow it all worked out. I managed not to lose my optimism (at least not at this point – that’s a whole other story for another time) and as sick and tired and broke and scared as I got, life still felt like a grand adventure. I turned 30 in a field surrounded by nothing but strangers, filming a ‘behind the scenes’ DVD for a charity music festival. What a fitting start to a new decade. It was a blank slate.

My 30s were a whirlwind.

I had 10 different homes in 4 different countries (none of them Canada). I spent an entire year living out of a suitcase with no fixed address or country of residence. I managed not to go broke and actually found a lot of success. I discovered my place in a whole new industry and built a career that I love and am very proud of. I made wonderful friends. I worked for all of the companies that I hoped to. I managed to work my way up to that one job I’d always wanted on ESPN. I took a ridiculous amount of flights, traveled the world (or at least Europe) and played a lot of poker. Adventures galore.

Somewhere in that ten years, I slowed down enough to meet the most interesting, funny, wise and kind person. We became fast friends & colleagues and hung out for years before realising, all of the sudden, that we were actually much more than friends. We fell in love and got married. 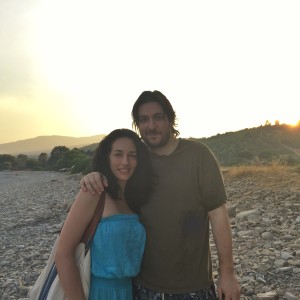 (sidebar: never let anyone tell you that this ‘friend-zone’ nonsense is real because life doesn’t work by silly rules like that)

And so I turned 40 on a farm in the south of Italy and it was awesome. If you could tell 20 year old Kara or 30 year old Kara that this would happen, she’d love it as a story but she’d be pretty sure that you were making it up. There’s just no way that 10 years could hold THAT much life. 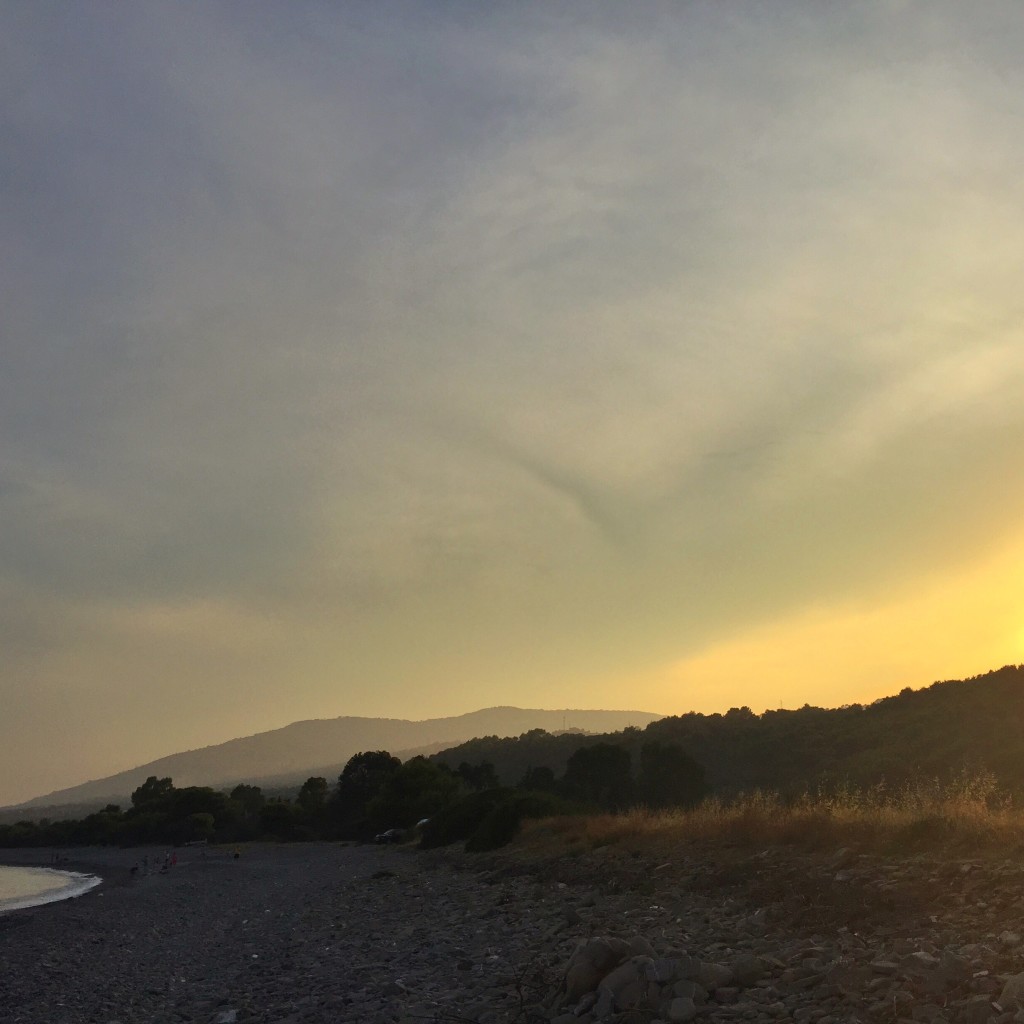 Life is weird and wonderful and hard and painful and fulfilling and incredible and unexpected. And I like it like that.